Torrential rain for 3 days and nights could not dampen the spirits or the attendance at this year's Cemetery Day.  A day of family tradition held on the first Sunday of June to memorialize loved ones by the laying of wreaths on their headstones.

According to some members of the family they can recount the days when they were children 75-80 years ago when Cemetery Day was a work day cleaning the cemetery with hoes and shovels and then followed by a hearty supper when the work was completed.

Today Rod Clement and his wife  Beverly (who does the majority of the mowing on a riding lawn mower) pretty much keep up the meticulous appearance of this cemetery.  It's estimated that between 125-150 people attended from Arkansas, Georgia, Mississippi, Texas and perhaps other states I'm not aware of. 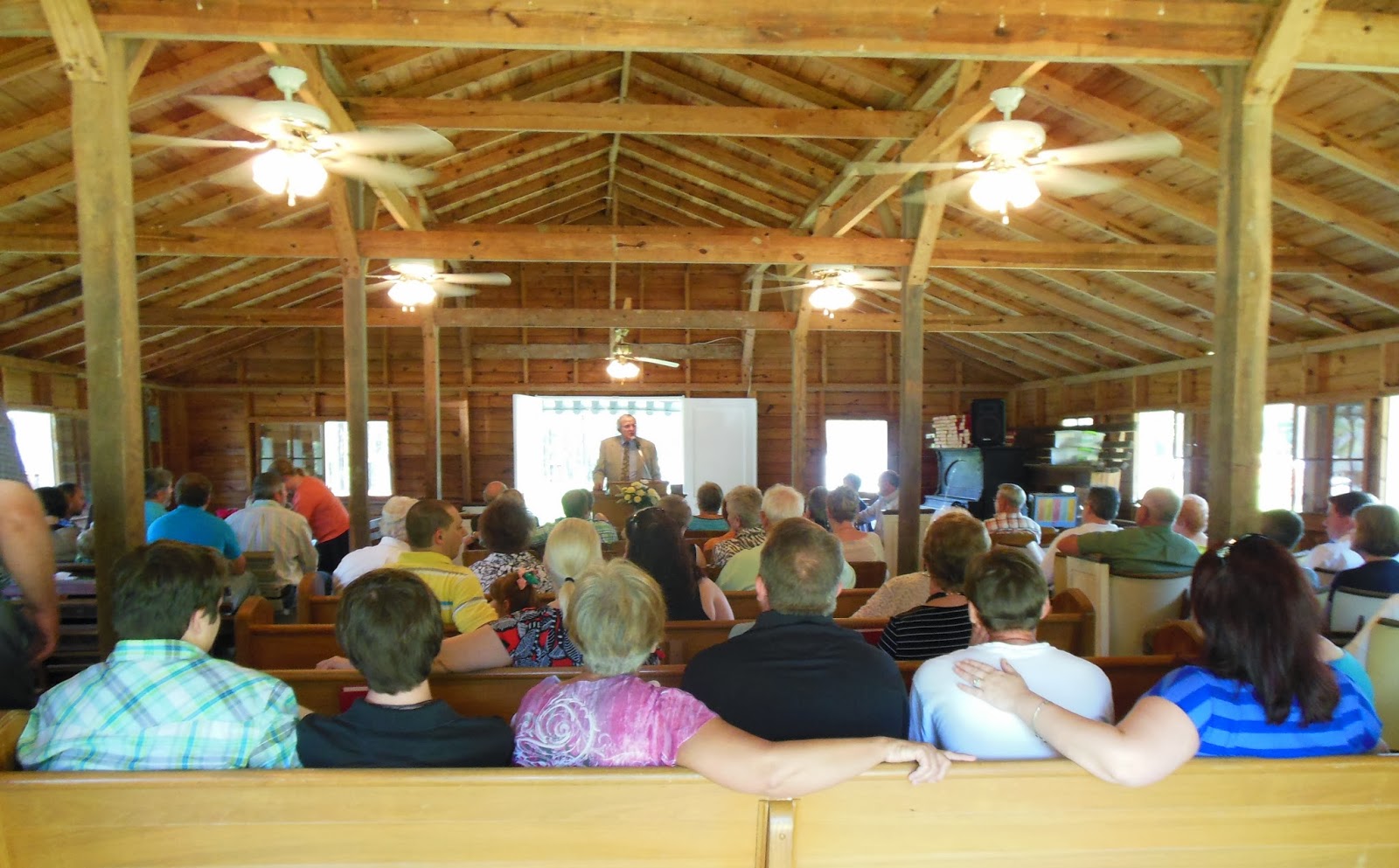 The annual business meeting was conducted in the very comfortable family chapel by the very able Keith Clement, who serves as President of the Clement Family Association.   Finances were discussed with a suggestion made that people might want to include the Cemetery when they are planning their estate for the cemetery's future upkeep, election of officers (same as last year), the status from the committee for Family History which updated the group on this blog and the intention of Autumn Clement Curry to establish a family genealogy website in the near future, and an update by the Cemetery Grounds Committee about the addition of the wonderful flag pole donated by Mr. & Mrs. Strachota in memory of their son Michael who perished in the war in Afghanistan, June 2012 and is buried in Clement Cemetery.  Veterans were acknowledged and those who had graduated from any level of schooling were asked to make themselves known.

At the conclusion of the worship service that included a meaningful message about, "returning home to your roots---going home"  it was time to dig in to the fabulous food everyone brings to this event and catch up on some visiting.  So without further ado, enjoy  just a few photos of the decorated headstones and the happy faces of family! 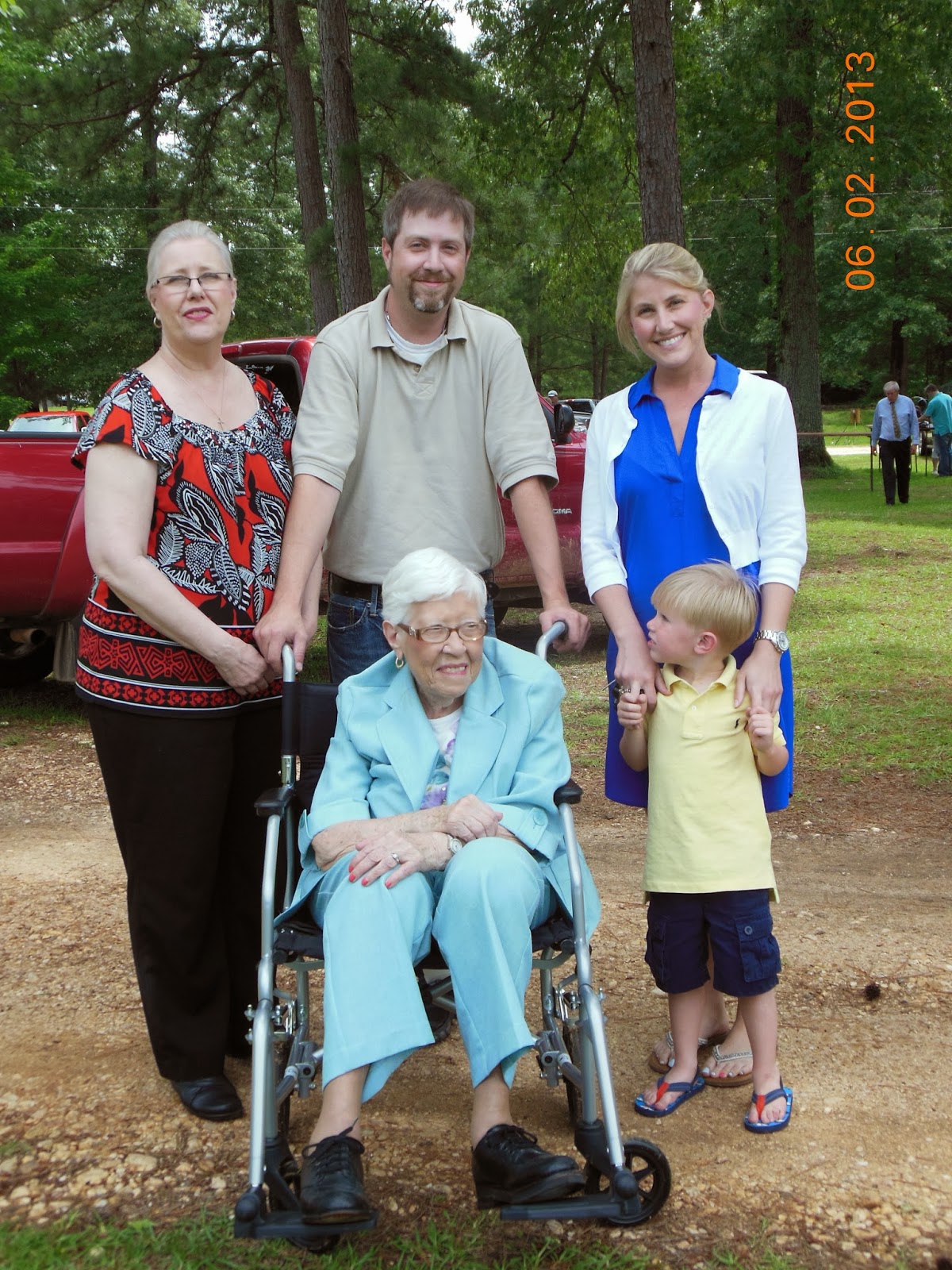 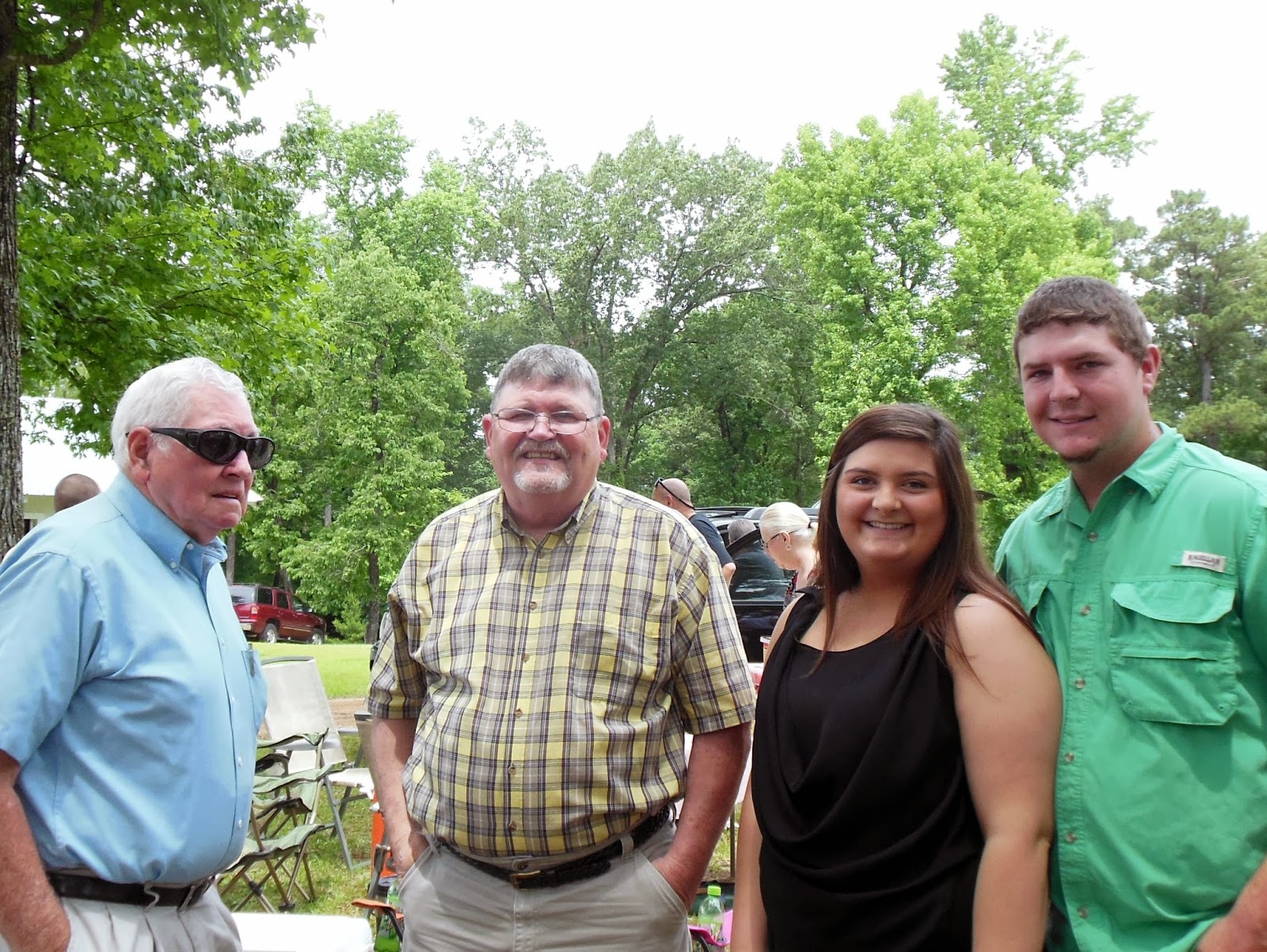 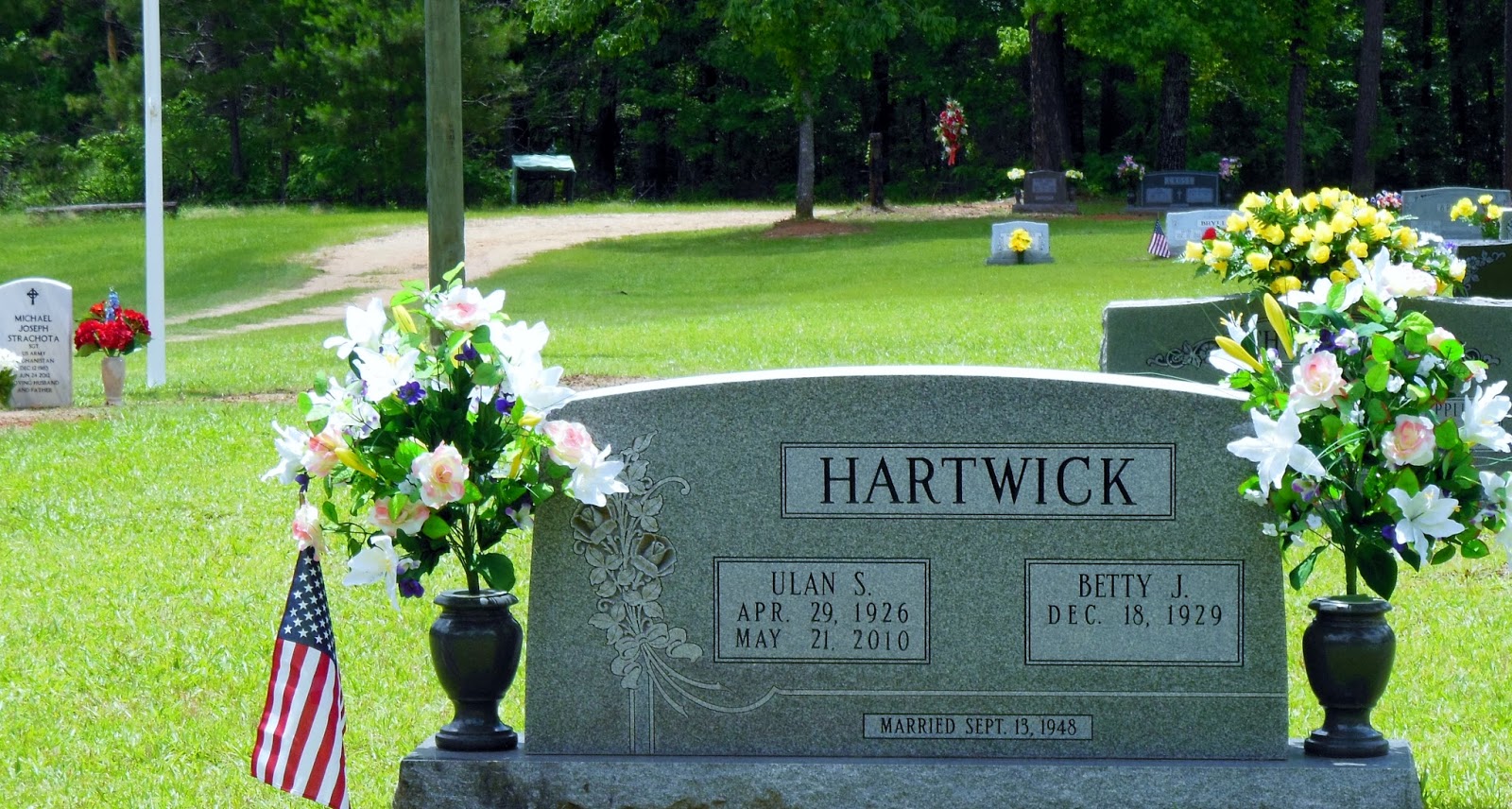 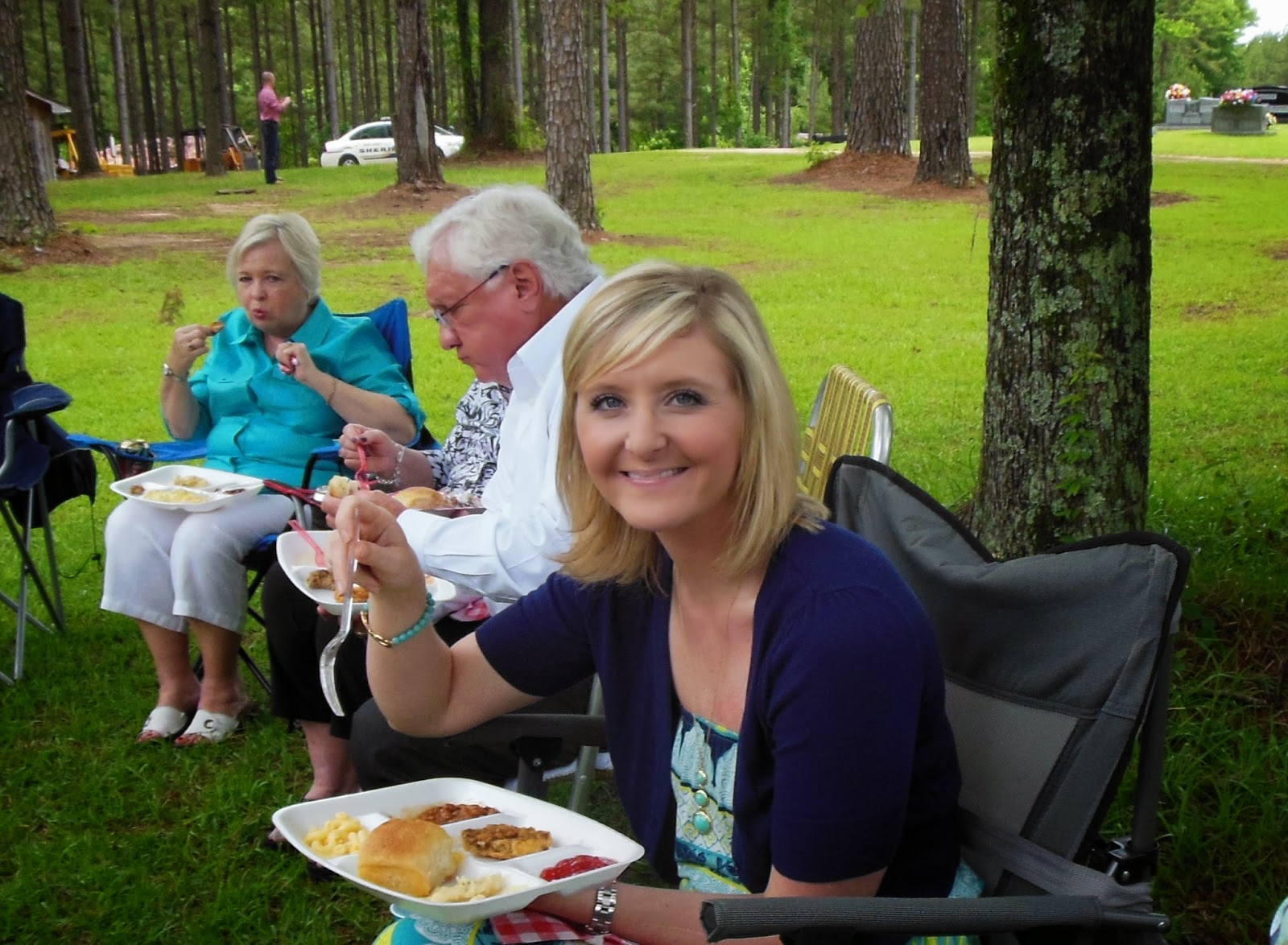 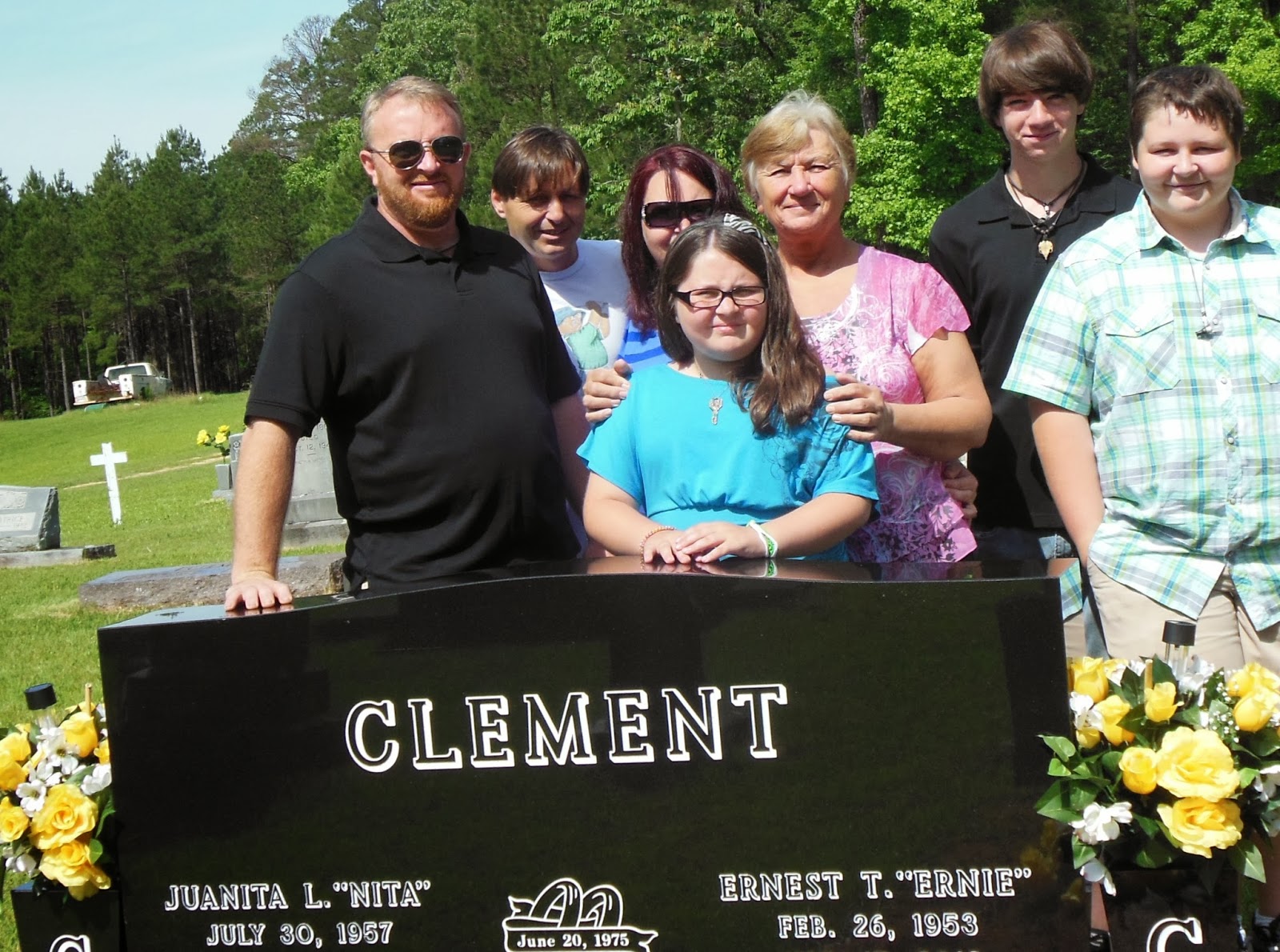 Posted by Unknown at 6:00 PM No comments:

These are the GPS coordinates for Clement Cemetery.

You should try to imagine the layout of Clement Cemetery.  It's situated in a SE to NW configuration with Row 1 in the SE and moving back towards the NW to Row 29.  Each row has the POSSIBILITY of 32 plots.  However, there are approximately 572 plots that I am aware of....that does not mean there are not others.

And there MAY be more plots across the road separating the cemetery from the land attached to Rob Clement's house.

In any given row there are five possibilities for any given plot.


So when I begin 'laying' out the cemetery row by row, just because there is a picture of a headstone with a loved one's name on it don't panic....they are probably alive and well.

If in doubt, perhaps now would be a good time to give them a quick call.
Posted by Unknown at 2:52 PM No comments: 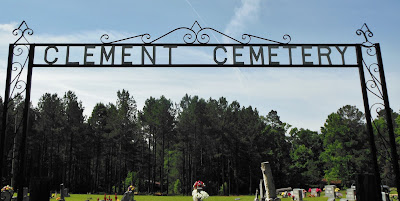 My name is Susan and it's my great pleasure to be friends with Betty Clement Hartwick and her three daughters Sue, Sissy, and Brenda.  They live in Little Rock, AR and so do I.

Quite by happenstance one day we were speaking of cemeteries, in general, and Sue mentioned that every year the Clement family (descendants of James and Lucinda Trammel Clement) gathers on the 1st Sunday in June for Cemetery Day to share a worship service, lay wreaths on the headstones and visit with extended family.

Being an amateur genealogist the idea of a family cemetery positively intrigues me.  And your family cemetery does not disappoint with its abundance of beautiful headstones and the meticulous care of the grounds!

As your humble servant, it's my privilege to act as your virtual cemetery caretaker and guide.  My objective is to introduce the cemetery on this blog person by person, row by row.

Please feel free to comment with suggestions, additions or corrections to anything I write. 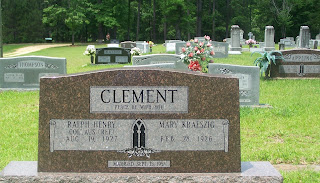 Your love for your ancestors is apparent by your faithful gathering. Your honor for your loved ones a credit to their memory.