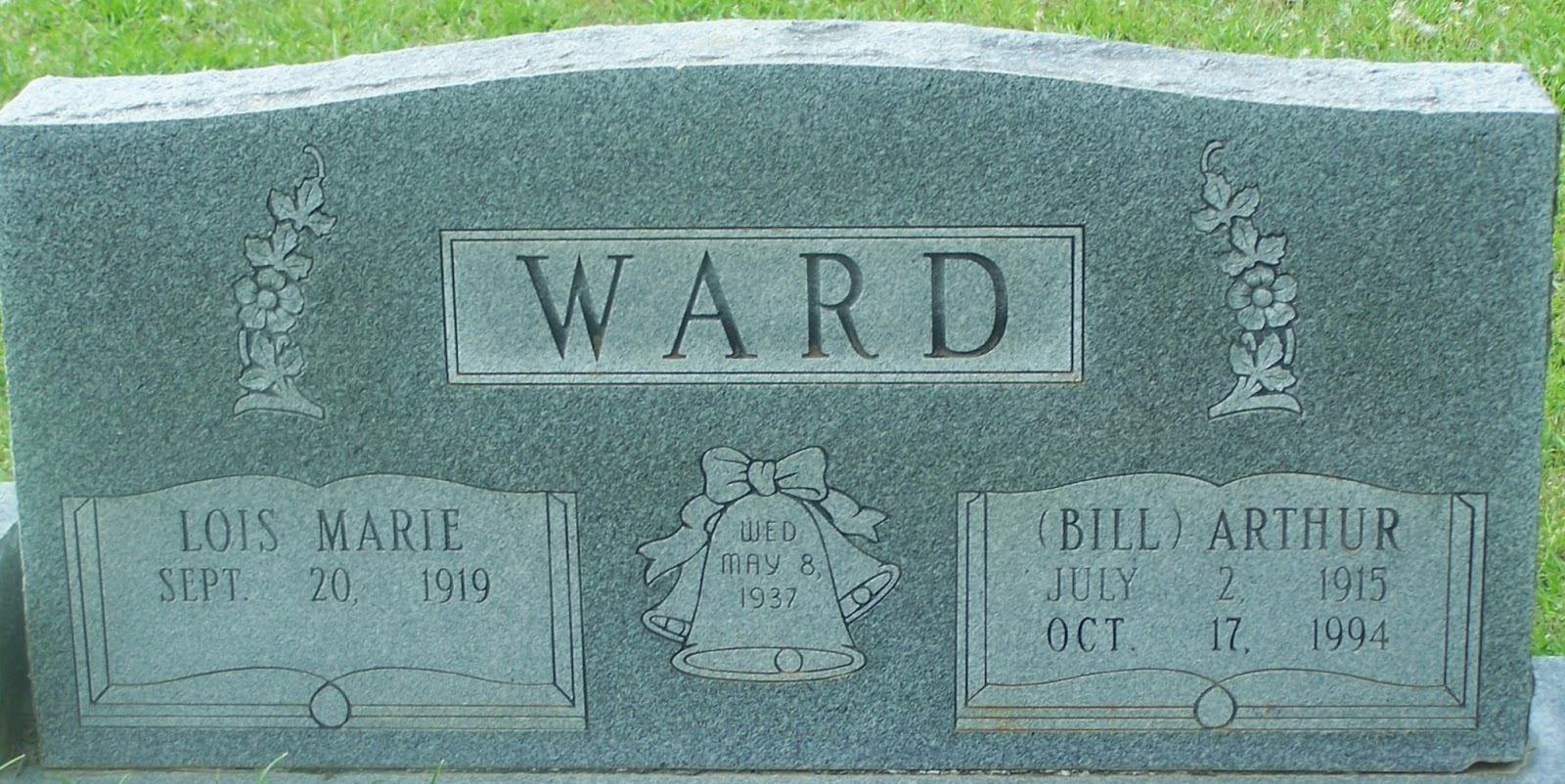 "Bill" Arthur 79, died at JRMC.  He was born in Sheridan, AR the son of Charlie and Sallie Allen Ward.  He was the retired owner and operator of Wards Small Engine Repair in Sheridan, a member of Calvary Missionary Baptist Church, a member of Wards Hunting Club, an avid hunter and fisherman.

He was married to Lois Marie Wood in 1937.  They had one son, Charles Edward Ward. 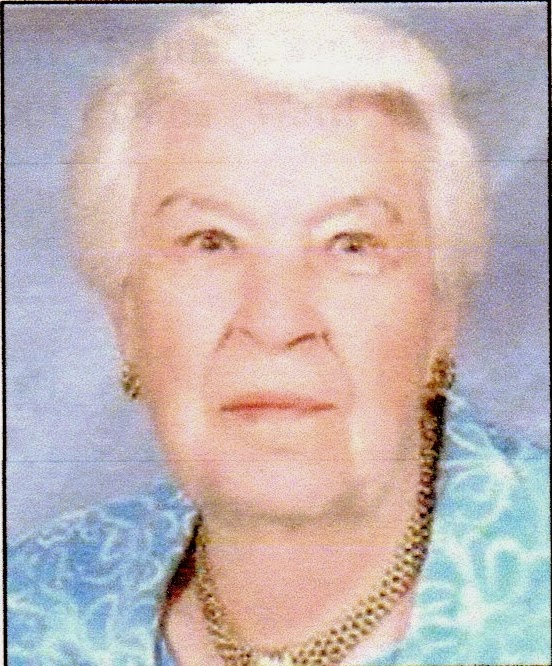 Lois Marie Ward of Sheridan, Arkansas passed away Tuesday, June 11, 2013 at the age of 93.  She was preceded in death by her parents, Frank and Georgia (Clement) Wood; her husband, Bill Arthur Ward; her son, Charles Ward, three older brothers, Othar,  Dolton, and Lewis and an infant sister.

Mrs. Ward was born September 20, 1919 at a community called Gunn Springs in Cleveland County where her father worked at a sawmill and her mother ran a boarding house. Her parents later bought a farm in Grapevine and built a three bedroom house, which was a big house in those days.  When Lois Marie was old enought to go to school she walked with her brothers 3 miles through the woods to a two-room schoolhouse.  The schools consolidated in the 1930's and in 1931 they attended a new brick schoolhouse on Highway 35 across the highway from Grapevine Cemetery and they also had a school bus to ride.

After Lois Marie finished school she married her husband of over 57 years, Arthur Ward, on May 8, 1937.  Mr & Mrs Arthur Ward and Charles moved to Sheridan in 1948 and started Charles to school.  Mrs. Ward began working at McDonald's 5 & 10 Cent Store in Sheridan.  The store sold to Chester and Don Meek and she worked there for a while.  She then began working at Western Auto, working for Mr. Van Reid until he had a heart attack and had to hire a man to help with delivery.  Mrs. Ward then worked at "OTASCO" until her retirement in 1975.  She enjoyed going on trips with the "Golden Agers" and in her later years she enjoyed going to the Senior Citizens Center and playing games.

Funeral services will be 10:00a.m. Monday, June 17, 2013 at Memorial Gardens Funeral Home Chapel with Bro. Kenneth Click and Bro. Rick Etheridge officiating.  Burial will follow at Clement Cemetery in Grapevine.  Visitation will be prior to the service from 9:00.